10 MOST EXPENSIVE CHEESE IN THE WORLD 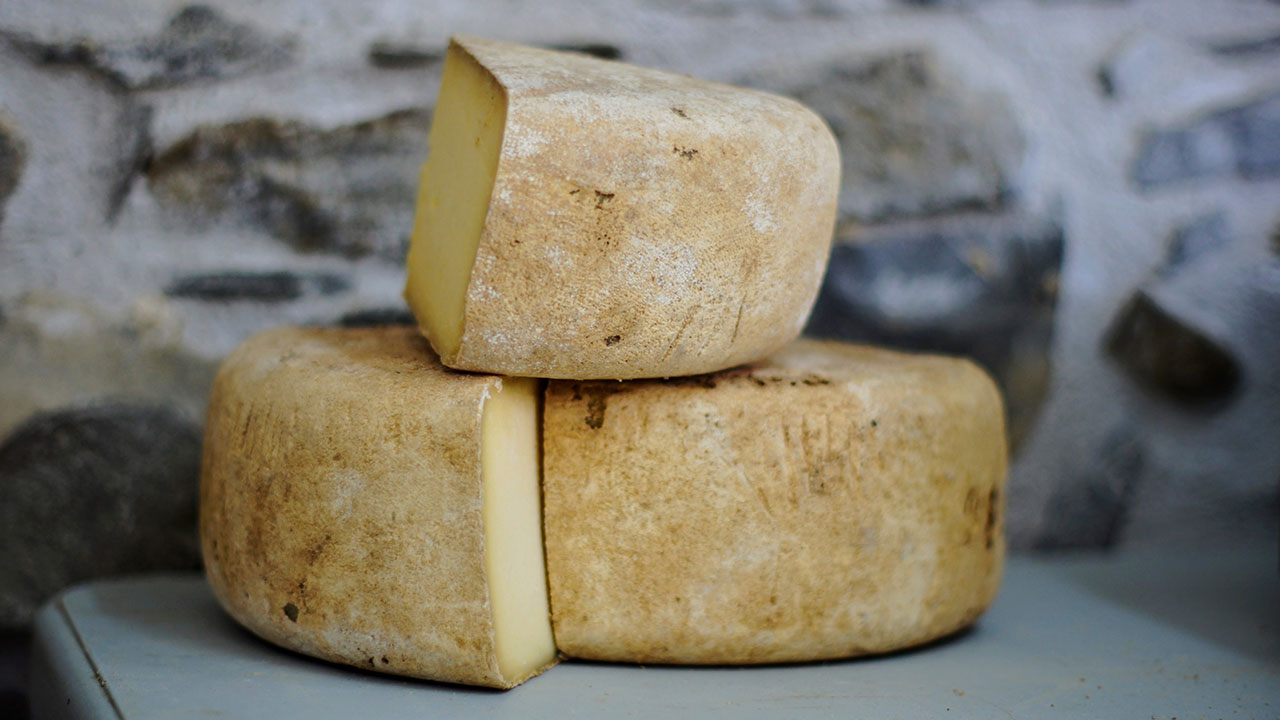 Who doesn’t know cheese? Foods that have a salty taste and soft texture are often encountered as additional food additives. Martabak, Pizza, Burger, and Sandwich are some examples of foods that use cheese.

Foods that are rich in protein have a variety of types, ranging from those that are popular throughout the world, such as Cheddar and Mozarella cheese to those that are difficult to find.

Also read: WHAT IS CHEESESTEAK? LET’S FIND OUT

The price of cheese on the market is very diverse, ranging from the valuable tens of thousands such as Cheddar cheese that we commonly encounter in supermarkets, to cheese that has a price of 1.000 US dollars.

The most expensive list of cheeses in the world

10. Lord of the Hundreds 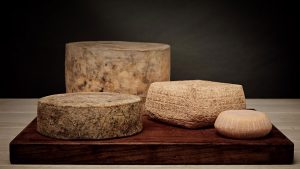 The Lord of the Hundred cheese is made from sheep’s milk, which is not pasteurized. This cheese is produced by Cliff & Julie Dyball from a traditional dairy and cheese company in East Sussex, England.

This cheese is box-shaped with a firm, rough and open texture and has a golden yellow color.

Before it is ready to be marketed, the cheese undergoes a process of rubbing and turning every day for 6 to 8 months to get a light gray cheese skin.

For the price, the Lord of the Hundred cheese has a price of 60 US dollars per kilogram. 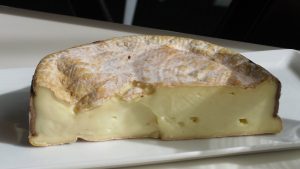 The unique fact of Winnimere cheese is that this cheese is only produced during the winter when Ayrshire cows are grazed and fed straw on the Jasper Hill farm producing high-quality milk.

Winnimere cheese is made by handmade wrapped in a layer of tree bark and washed using saltwater during the ripening process. This process aims to help the development of cheese skin.

You can buy Winnimere cheese with soft texture and ivory color at a price of 90 Us dollars per kilogram. 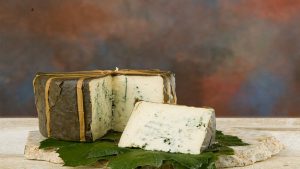 Rogue River cheese is produced by the Rogue Creamery farm located in the city of Central Point, United States.

The hallmark of this cheese is the wrapper made of grape leaves, which is tied using a raffia rope and soaked in a barrel containing pear brandy.

This cheese, with its characteristic texture, is derived from pasteurized cow’s milk and is made only in the fall when cows produce a lot of high-quality milk.

An interesting fact from this cheese is that it won the title of The Best Blue Cheese In The World in 2003 at the World Cheese Award held in the city of London.

And for the price itself, the cheese that gets the title of the best blue cheese in the world is valued at 100 Us dollars per kilogram 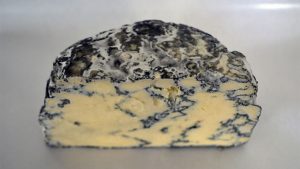 Blue cheese jersey is made by a Swiss cheesemaker named Willi Schmid.

To produce high-quality cheese, Will Schmid directly tasted the milk he would use in the cheese-making process. It aims to choose milk that is suitable for use as cheese.

In making this Jersey Blue cheese, Will Schmid always uses cow’s milk, which he obtained from local dairy farmers in his area.

After the cheese is finished, the cheese is then stored in an underground cheese storage room until cooked and ready to be marketed.

You can buy cheese that has slightly soft surface texture and bluish pattern at a price of 120 Us dollars for 1 kilogram. 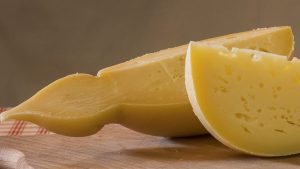 Produced in Irpinia, located in the southern region of Italy, Caciocavallo Podolico cheese is made from raw milk derived from a rare type of Italian cow named Podolia.

The process of making Caciocavallo Podolico cheese takes place during the spring to early summer when grass and weeds thrive.

This popular cheese in the South of Italy is also known as “Horse Cheese,” even though it is not made from horse milk. 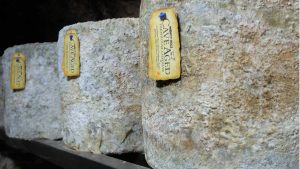 Old Ford Cheese is made from goat milk, which does not go through the Pasteurization process. This cheese is produced by famous cheesemaker Mary Holbrook from Sleight Farm, England.

The distinctive feature of cheese that won an award as Best British Cheese at the 2016 World Cheese Award was its dense texture with the scent of fresh goat’s milk.

To get the perfect characteristics of Old Ford cheese, cheese that has been made has been placed in storage caves for eight months in the fall.

The price of 1 kilogram of cheese can reach 150 Us dollars. 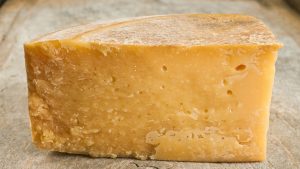 Bitto cheese is made in the traditional way using the basic ingredients of full cream cow’s milk mixed with a little sheep’s milk with a percentage of between 5 to 20 percent to add to the taste.

To maintain its authenticity, the cheese production process is only carried out in several locations in the Bitto valley region, Lombardy, with strict supervision.

The process of ripening this cheese can take more than ten years, and the oldest cheese stored in the storage warehouse comes from 1996.

For the price, the cheese, which has a slightly hard and brittle texture and has a yellowish color, is sold at 450 Us dollars. 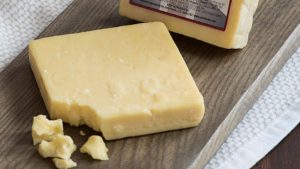 This type of cheddar cheese is made with a hereditary recipe that has existed since 1861.

The raw material for making this cheese uses fresh milk that comes from cattle that are grazed freely in the Somerset area. 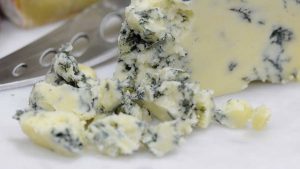 White Stilton Gold is made by cheese producer Long Clawson Dairy, which operates in the Leicestershire region of England.

The company that won the 100-year-old British cheesemaker award is known as a premium quality cheese maker in the world.

What makes this White Stilton Gold cheese unique is that there is a sprinkling of real gold in it and specifically made for certain circles.

Cheese that has a very delicious taste has a price of 15 Us dollars per 100 grams. 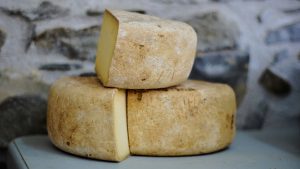 And here comes the most expensive cheese in the world. Pule Cheese is traditionally made using raw material for Balkan donkey milk that is pastored in the territory of Serbia.

An interesting fact from the manufacturing process is that to produce 1 kilogram of Pule cheese requires 25 liters of Balkan donkey milk.

The price that reaches 1300 Us dollars for one kilogram is comparable to the difficult manufacturing process.

Pule cheese, which has a milky white color with a fragile texture, is classified as a rare type of cheese and is only produced by one cheese producer named Simic Farm.